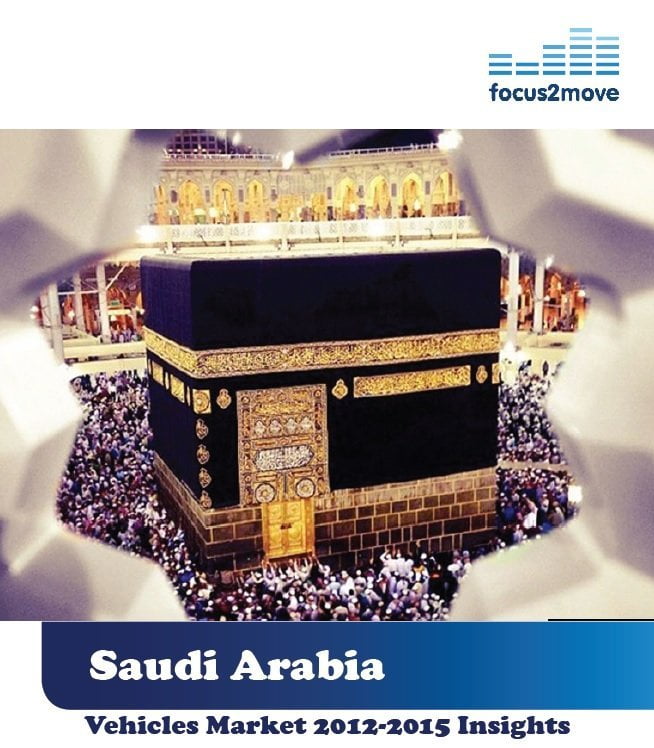 Saudi Arabia Cars Market 2012-2015 Insights research provides facts, data and forecast on this market with all data by OEM, Brand, Model and segment. From the 2004 up to the 2015 All About within 80 pages and 120 charts.

Historical Market data are reported since 2004 with detail by segments, groups, brands and models from 2012 to full year 2015. The market is segmented for cars and LCVs. with a dedicated section to the premium brands segment.

The Kingdom is enjoying an enviable financial position, which translates into buoyant foreign exchange reserves and low debt, as well as record-high oil production. Against a backdrop of falling oil revenues and weak global growth, the riyal weakened to a 13-year low in the one-year forwards market in recent weeks, triggering concerns that the riyal peg to the U.S. dollar could be threatened.

Although reserves declined to a nearly three year low in October, the country still has ample scope to defend the riyal. While the government has for now refrained from cutting the country’s generous subsidies, on 25 November, Deputy Crown Prince Mohammed bin Salman stated that the Kingdom should consider increasing energy prices and introducing a value-added tax (VAT).

Saudi Arabia Car Market 2012-2015 Insights research starts from the review of the last ten years heritage in which section we have checked the rule of the automotive industry in the country reporting data on segments, brands and models.

Recent sales data had been reviewed starting from 2004 with a focused analysis on the 2012-2015 data, reported for cars and LCVs.

All data are presented in charts and table with an immediate and easy-to-read style that allow you to catch the essential about this market.

To know more on the product and to see the Table of Contents, please click on the picture.